Every month, I cover a current or past project that Choice Cabinet is a part of. This month’s featured project is the Statler Arms Apartments. These apartments are in the Playhouse Square Theater District of downtown Cleveland. They’re also across the street from a past project, the Residences at Halle. You can read about that project by clicking here. I had a chance to tour the model unit and learn about the amazing history of the building.

The Hotel Statler expanded in the 1930s. During the expansion, the Hotel Statler added 300 more rooms. The Terrace Dining Room, Pompeian Room, library, and other attractions were also added.

In 1954, Hilton bought the Hotel Statler chain. The property changed its name to the Statler Hilton as a result. The hotel would see changes again in 1971. Several floors converted to office space due to low hotel occupancy. By 1973 Hilton sold the property and the name changed to the Cleveland Plaza.

Changes occurred again in 2001 due to the residential movement in Cleveland. The Statler Tower changed its name to the Statler Arms Apartments. The building would house 295 luxury apartments.

Ownership would change hands at the beginning of 2018. Millennia Companies bought the building for $40 million. The Statler Arms Apartments is currently undergoing renovations which started in July 2018. All 295 apartments are receiving a facelift as well as some hidden public spaces. One of these hidden spaces includes a Prohibition-era speakeasy located in the basement.

As part of the $14 million renovations, Choice Cabinet’s Multi-Unit Division won the bid to supply the cabinets. To complement the high-end finishes, Millennia selected our espresso stained Brentwood door style. Brentwood is part of our Choice Essentials® line. These cabinets look great against the stainless-steel appliances and quartz countertops. To find out more about Brentwood, click here.

Choice Cabinet is proud to be part of this ongoing project. The renovation expects to be complete by September 2019. The Statler Arms Apartments near an awesome theater scene as well as great food venues. If you happen to be in the market for a luxury apartment, give this place a look. For more information on the Statler Arms Apartments, check out thestatlercle.com. 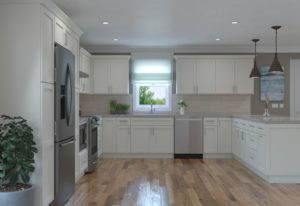 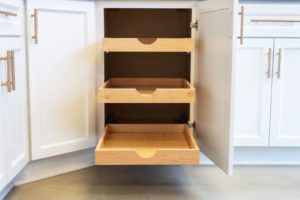 The kitchen space is one of the most cluttered spaces for a lot of houses. Even worse, when there is 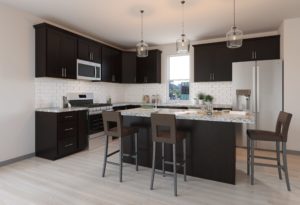 The Benefits of Choosing Wood Cabinetry During a Remodel | Warrensville, OH

Deciding on the kind of materials to use for your kitchen remodel project is a daunting task. Most times, it