The Importance of the ACCD

And Why It Matters to the Consumer

Trade tensions between the U.S. and China are affecting many industries. The kitchen and bath cabinet industry is one of those industries. A divide between made-to-order (MTO) and ready-to-assemble (RTA) cabinet manufacturers is taking shape. The divide threatens American jobs as well as consumer choice. To protect jobs and choice, The American Coalition of Cabinet Distributors (ACCD) formed. This week’s blog is covering the importance of the ACCD and RTA cabinets.

WHY IS THERE A DIVIDE?

A group of made-to-order cabinet manufacturers created the American Kitchen Cabinet Alliance (AKCA). The alliance filed an anti-dumping and countervailing duty petition with the U.S. International Trade Commission and U.S. Department of Commerce on March 6, 2019. The petition requested duties on imports of ready-to-assemble cabinets and related product from China. These duties could end the ready-to-assemble (RTA) sector as well as American jobs.

“The made-to-order cabinet manufacturers that filed this trade case are seeking to wipe out the RTA market segment by taking advantage of anti-China trade sentiment.”

Hundreds of American businesses in the RTA sector are now at risk. The same goes for the tens of thousands of Americans employed in the sector. The petition also threatens builders and contractors. They rely on RTA’s supply chain for their businesses.

A ready-to-assemble cabinet uses separate, manufactured pieces. The pieces are then packaged in a kit or a “flat pack” box. These flat packs are easy for shipping and storing. The flat packs also allow for an increase in stock levels. A high stock level means a faster turnaround for consumers. You also have the choice of having it assembled or assembling them yourself.

RTA cabinets fill a need in the cabinet market. These cabinets are perfect for apartments and condos. The faster turnaround means that builders and contractors can stay on schedule. A homeowner can have their kitchen cabinets in weeks instead of months.

It’s important to know that the RTA sector makes up less than 10% of the cabinet industry. Many of the RTA companies are small to medium-sized businesses that employ thousands. Take note that not only does the petition threaten jobs, but consumer choice as well.

Choice Cabinet is a proud member of the American Coalition of Cabinet Distributors. We believe in American jobs and consumer choice.

For more information on the ACCD, please visit their website at americancabinetdistributors.org 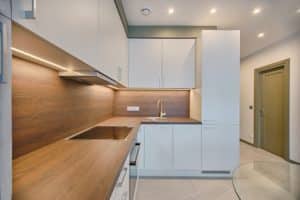 In most American households, the kitchen is the primary location where food is stored until it is ready to be 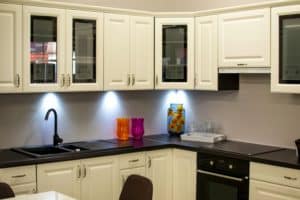 What Types of Cabinets to Consider During a Kitchen Remodel

As a homeowner, you want to feel happy and comfortable in every part of your home, and this most certainly